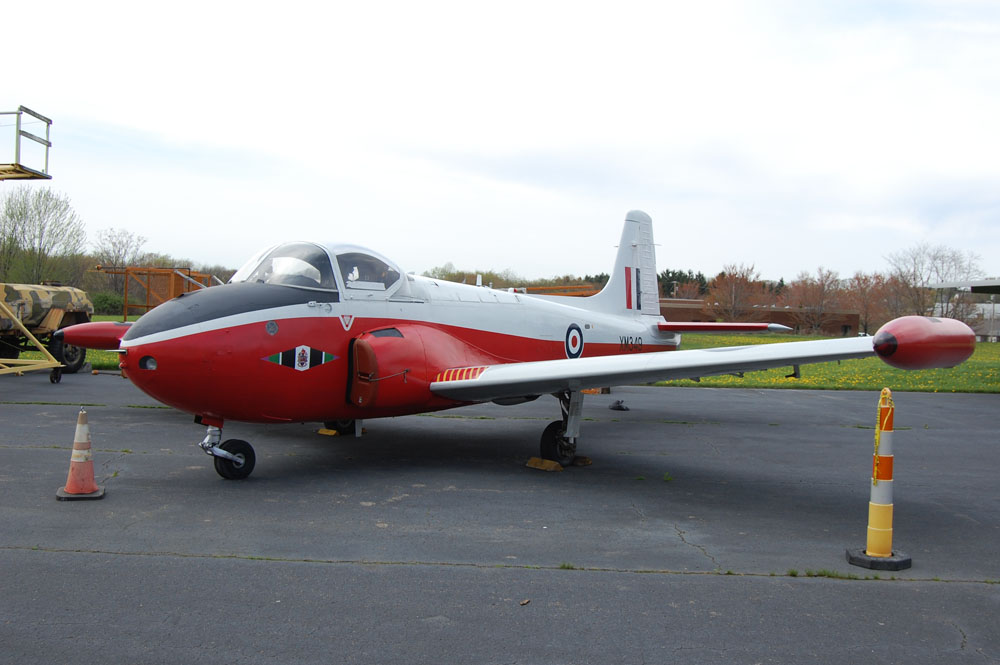 The Jet Provost T3 was donated to the Museum by the family of Mr. Burt Todd, whose property (Foxly Farms) the Provost sat on for many years outside of Latrobe, Pa. It was noticed by one of our members Peter Frontini Jr. who made contact with the Todds, and through this contact found out that Mr. Todd had made many business dealings with people in the British Isles. Through these dealings he was offered a bonus of either money, or a Provost T3 aircraft, the aircraft was his choice Mr. Todd’s daughter Laurie stated she grew up with it in the front yard.